I used GrabCar to get to BKK (Bangkok) airport which is similar to Uber. It is a nice option as you can schedule a pickup which was needed for the early morning departure. Uber didn’t offer this option in Bangkok. The Cathay Pacific lounge at BKK is very nice compared to other lounges at BKK. The only exception would be the Thai Air Royal Orchid Spa. It has a cooked to order noodle bar plus plenty of seating. The decor is very modern and a quiet place to relax while waiting for your flight. The gate that my flight used was visible from the lounge. I saw the new Cathay Pacific A350 pull into the gate and I knew we’d be boarding shortly. Given that it was my first time flying on Cathay Pacific’s A350, I wanted to snap a few pictures prior to boarding. My first A350 flight was on Singapore Airlines last year. 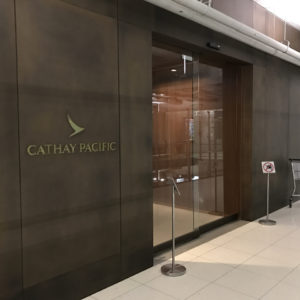 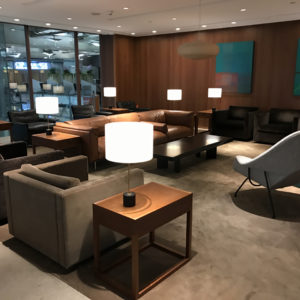 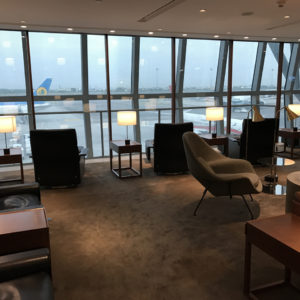 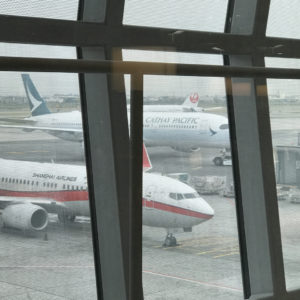 My checked bag was tagged all the way through from my Tokyo flight, but the gate agent wanted me to visually confirm it was on the plane prior to me boarding. He radioed the team on the tarmac and confirmed they were awaiting a van with transfer luggage. Once the van was unloaded, I visually spotted my bag and then the agent allowed me to board. Upon boarding, I found my seat at 15K. I wouldn’t recommend sitting in Row 15 as the 2nd window is blocked by the seat. If you are traveling with an infant, 12A or 12K offer a large bassinet area. The seat was brand new and offered the best inflight entertainment system I’ve seen to date. We took off on time for the short 2.5hr flight to Hong Kong. 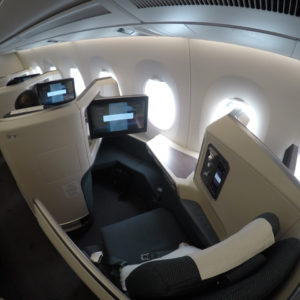 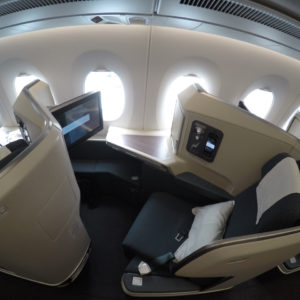 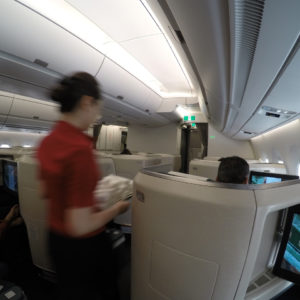 Breakfast was served and I opted for the vermicelli noodles with prawns. It was decent, but the food in the lounge was better. I tried to order coconut water hoping for some authentic Thai coconuts, but unfortunately they didn’t have any catered for this flight. 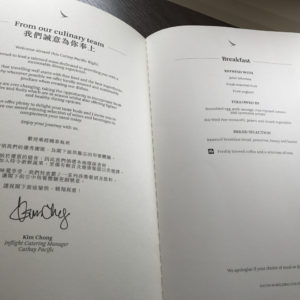 The maps software, FlightPath 3D, offered satellite and detailed road views which was easily moveable by the multi-touch remote control. I was also interested in testing their WiFi service which was exclusive to their A350 planes. The WiFi service was powered by Panasonic (T-Mobile) satellite internet and offered fast speeds of 2.0Mbps down and 1.5Mbps up. The cost was $12.95 for unlimited data. 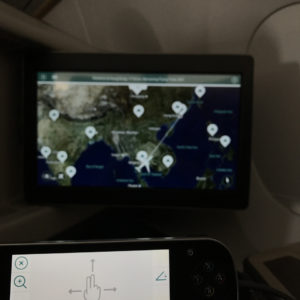 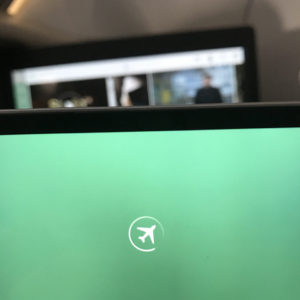 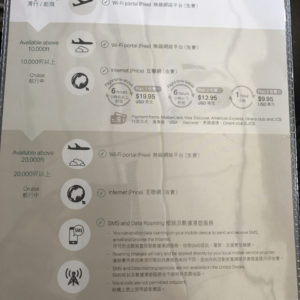 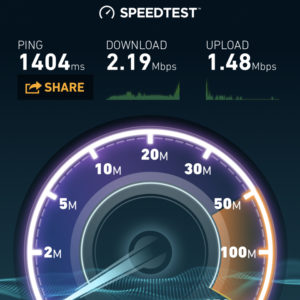 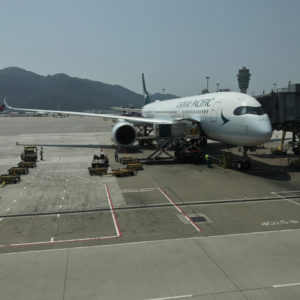 I disembarked in HKG and headed straight to The Pier lounge which was luckily located just 1 gate away. It’s one of the best lounges in the world which offers massages, full restaurant service and gold plated shower fixtures. 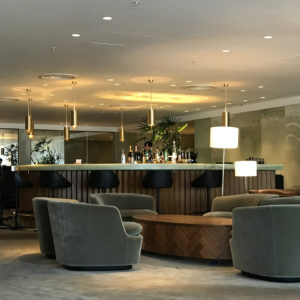 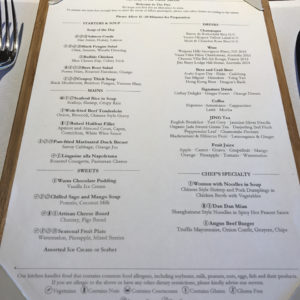 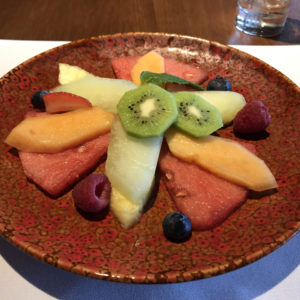 Conclusion: I’d highly recommend Cathay Pacific’s A350 as it offers the latest IFE, WiFi and comfy seats. The only North American route currently served by the A350 is Vancouver to Hong Kong. Effective October 31, 2017 San Francisco to Hong Kong (CX892/893) will be operated by A350-900XWB, replacing 777-300ER.

Takeoff Video from the Tail Camera: