I had a confirmed Premium Economy seat using Virgin America miles but I was able to confirm an award ticket in Business Class less than 72 hours prior to departure. It took some supervisor escalation at Virgin America but in the end it was ticketed and I had my boarding pass upon online checkin! The alert for Business Class award seat availability came from my new favorite tool, ExpertFlyer. I had setup multiple alerts for +/- 2 days around my scheduled departure date. Virgin Australia releases Business Class award seats 2-5 days prior to departure and ExpertFlyer is the best tool to monitor availability. You will find some rogue availability for a couple of days throughout year where you can book it in advance but don’t count on it.

The flight that I was confirmed on was VA8 which operates from LAX to BNE (Brisbane, Australia). Upon online checkin, I was booked into seat 10K but watching the seat map I was able to book 1A at the checkin desk at LAX. After going through security, I was excited to check out the new Etihad First & Business Class Lounge which opened in July 2016. Virgin Australia Business Class guests & Velocity Platinum members are now eligible to use it as of December 19, 2016. 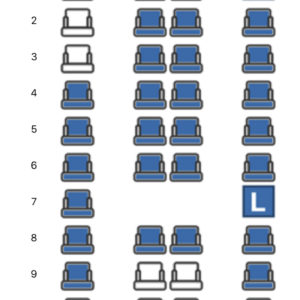 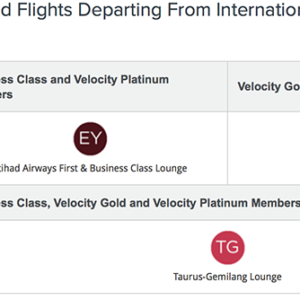 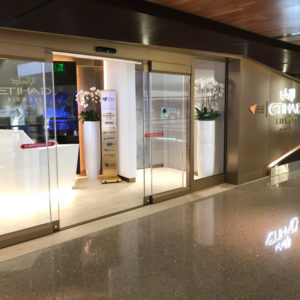 Etihad typically staffs the lounge but Virgin Australia contracted employees were running the lounge and the full restaurant food service isn’t available. It’s a scaled down version of what Etihad typically offers. They still offered drink service while you were seated so it’s a step above most Business Class lounges. For food, they offered buffet service which had similar offerings of the Star Alliance Business Class lounge and Oneworld Business Class lounge at LAX. The lounge was very clean and modern. Of course you will run into poor cellular connectivity in the lounge but the WiFi in the lounge was very fast even with most of the lounge filled with guests. It was a great space to relax before the long haul flight. The Virgin Australia representative went around to all guests when it was time to make our way to the gate to board the flight which was a nice touch. 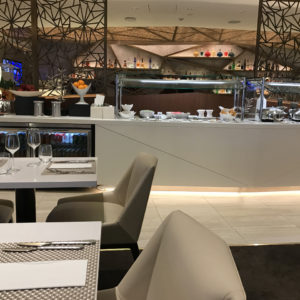 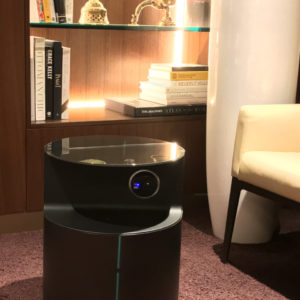 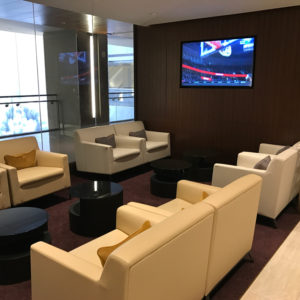 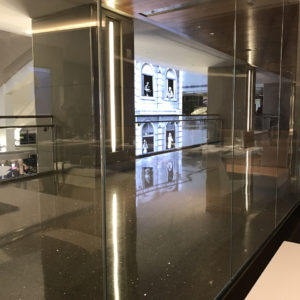 View from Inside the Lounge

I had never flown Virgin Australia in Business Class, let alone the new cabin that was just refreshed. Upon boarding, I knew I was in for my best flight of 2016 to Australia. The mood lighting I was so familiar with on Virgin America was replicated perfectly just on a larger scale. It was so refreshing to be greeted by Jodie and Hannah who would be taking care of me on my way to Brisbane rather than the poor crews on American I had experienced all year. My jacket was hung in the closet rather than me being told to just through it up in the overhead bin as on AA. The crew was genuinely interested in chatting with passengers which makes the experience that more enjoyable. Jodie explained all the features of the new ‘The Business’ seat.

The seat design was well thought out with all the different compartments and ports. Unfortunately, I did find the media options on the IFE (inflight entertainment) very limited compared to other airlines. We were handed the Mandarina Duck amenity kit and super comfy PJ’s. REN clean skincare products were included in the amenity kit. Menus were distributed along with a wake-up card. You made your breakfast selection in advance and it let the crew know if you’d like to be woken up for the breakfast service. Super smart way to expedite the breakfast service! 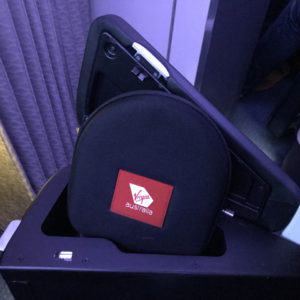 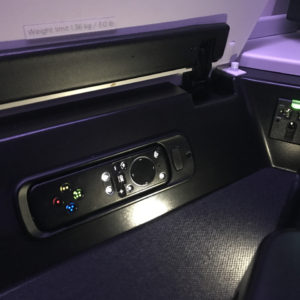 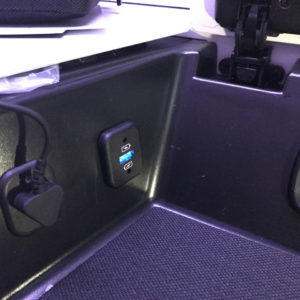 Dinner was served after takeoff (11PM) and I opted for the duck appetizer , trout and pear tart. All of which were amazing! Very fresh and so many flavors. I changed into my PJ’s and the crew made my bed while I was changing. Since this was my first Business Class flight with Virgin Australia I had to try the inflight bar. It was located in front of Row 8. I decided to sip on some Balvenie Scotch 12 Year Double Wood and had the entire bar to myself as everyone else was sleeping. It’s a great idea but probably only popular during eastbound (to LAX) flights as they takeoff from Australia midday. 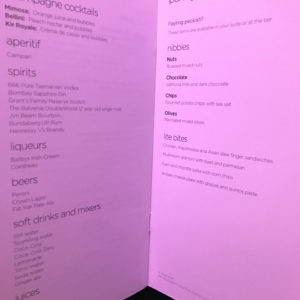 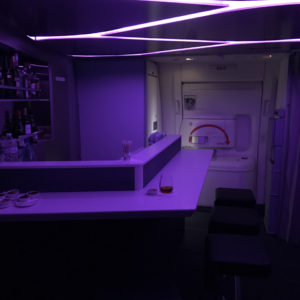 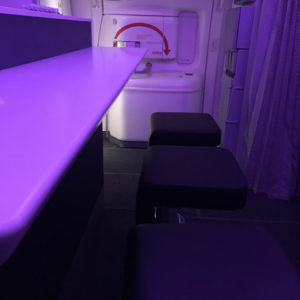 I was ready for bed at this point as it was around 3AM. The bed was comfortable but surprisingly I would rate the AA Business Class bed better. Virgin Australia’s bed is narrower and more restrictive due to the tray table location. The pillows were very comfy and the duvet was a nice touch. When the seat is in the lie flat position it restricts the airflow leading it to be quite warm. I had to remove the duvet in the middle of the night. 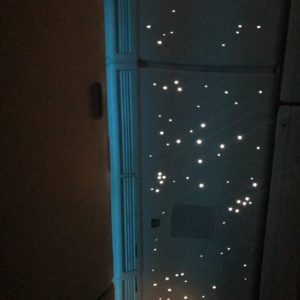 Even though it was quite a rough flight while passing Hawaii I was still able to get some sleep. I was woken up for the breakfast service as I had requested. The breakfast service was similar to AA but offered many more options so you can customize your meal. We landed into Brisbane on time and were given Express Path cards for express customs service. 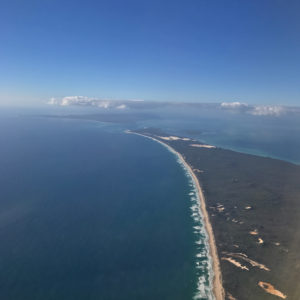 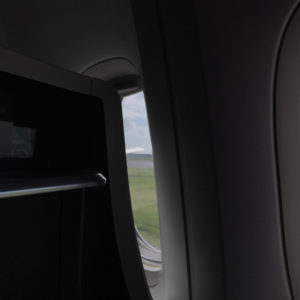 View of the Wing from 1A

This is the best way to get to Australia in Business Class! Try it if you can grab a ticket. I would fly it more often if they had more Business Class award availability and added inflight WiFi (planned for late 2017). Check out this amazing 3D Google Maps tour of the plane here.