As I had a bunch of ANA miles expiring at the end of this year, I decided to make a trip to Japan. For 113,000 miles & $457.50 in taxes/fees, I was on my way. Normally it’s 110,000 miles roundtrip but I had made a change to my reservation which cost me a 3,000 miles penalty. I’ve flown ANA Business Class previously but this was my 1st time in First Class, let alone on their 777-300ER featuring the ANA First Square.

SFO-NRT NH7:
I arrived to SFO via Caltrain and BART from the Peninsula and the BART drops you off right at the International Terminal which was perfect! Upon arrival to the checkin desk there was no line and I was helped immediately by a friendly agent. I checked my bag and received my printed boarding pass with a lounge invite to the United Global First lounge. Although I didn’t get TSA PreCheck, I was able to use the First Class line which wasn’t long and I had plenty of time prior to boarding. Walking to the United Global First lounge was quite a ways down the terminal but I found a seat a grabbed some food and an OJ. The views from the lounge were unique as you were below the jet bridge and had a view of the taxiway. Outside my window was a United 747-400 parked at the gate. It’s massive! After getting bored of the tired, stuffy and old looking lounge I decided to walk over to the best lounge at SFO, the AMEX Centurion Lounge. It was very refreshing to walk into the new and welcoming lounge. I even mentioned to the reception that their lounge was better than United Global First’s and they were honored to hear the feedback. After spending about 30 minutes grabbing a quick drink in the lounge, I was off to my gate to board the flight. The flight was boarding exactly on-time which was 25 minutes prior to pushback. It’s amazing how fast and efficiently they board everyone in true Japanese style. Upon boarding, I was greeted by the lead flight attendant and led to my seat. The purser of the flight came around offering newspapers and introduced herself. After getting settled they offered champagne, hot towel service and the Samsonite amenity kit. Now I was ready for the 11 hour flight 🙂 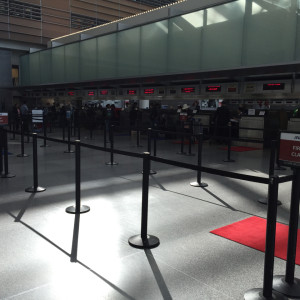 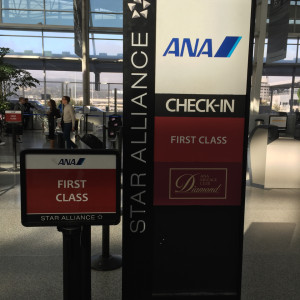 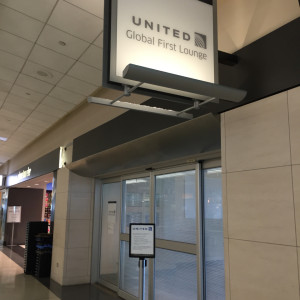 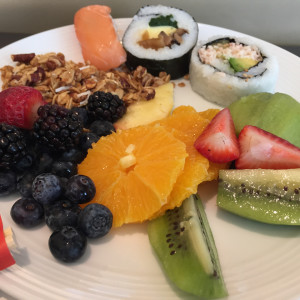 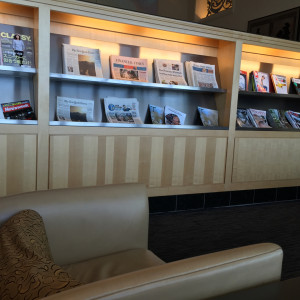 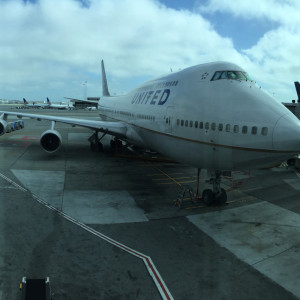 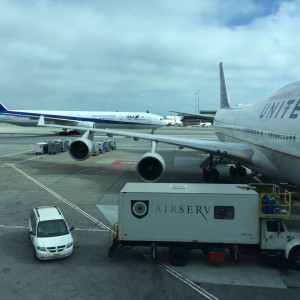 My plane arriving from NRT 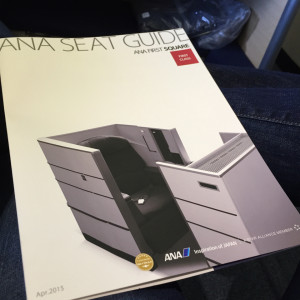 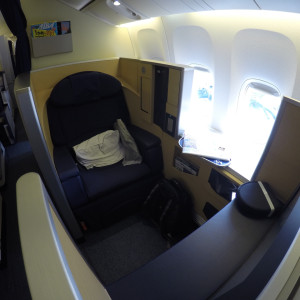 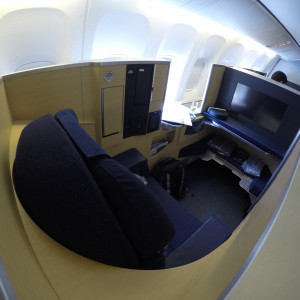 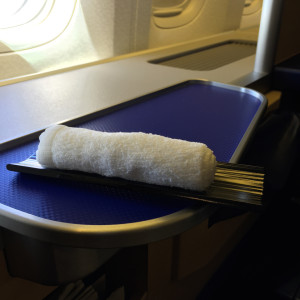 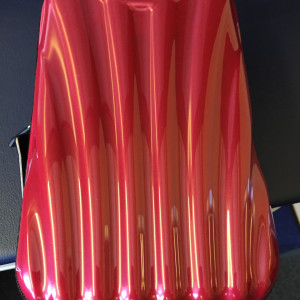 Meal service started right after we leveled off and I decided to go with a mix of the International and Japanese Cuisine. The sampler dish to start was amazing followed by the lobster and avocado salad. Next up, I went with the Japanese Cuisine of Takiawase which was a lobster soup. I can never have enough lobster 🙂 I selected the roasted duck for my main course which was OK but not amazing. For dessert, I selected Wagashi which are Classic Japanese sweet bites. The flight attendant was surprised I was willing to try the Japanese menu but you always have to immerse yourself somewhat into their culture. Washing down all this food with Hibiki 21yr old Japanese whisky was a treat. Hands down, the best whisky I’ve ever had! 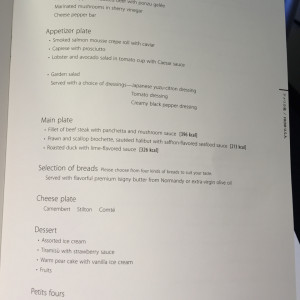 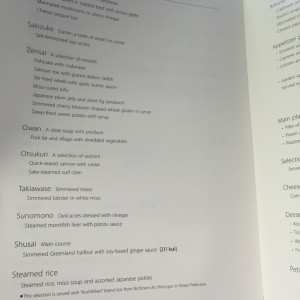 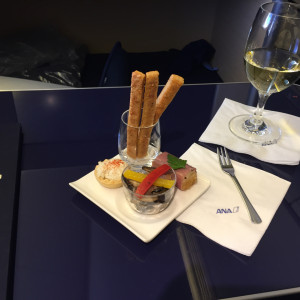 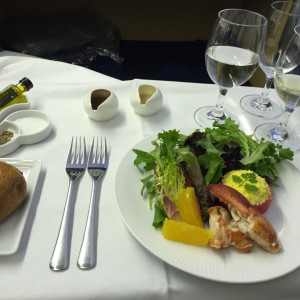 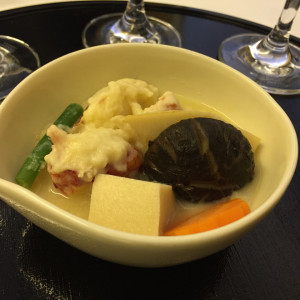 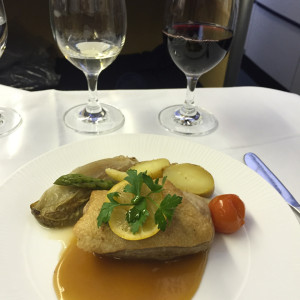 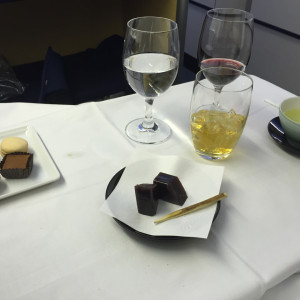 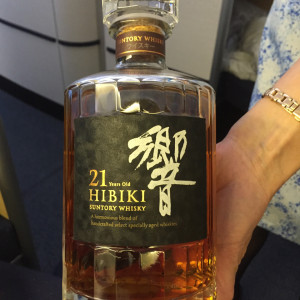 I sipped on some Green tea and changed into the PJ’s for bed. While I was changing, the flight attendant made my seat into a bed and added additional padding. It was not as private as Etihad Suite Class but it was still an amazing bed to grab 7 hours of sleep. Upon waking up, I decided to have Owan which is a Japanese clear soup along with another glass of Hibiki 21yr. I had to finish the flight with a fresh plate of fruit and 1 hour later we landed at rainy NRT. The service provided by the flight attendant was amazing and exceeded my expectations on many occasions. 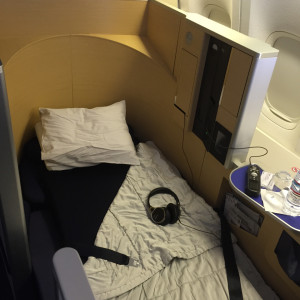 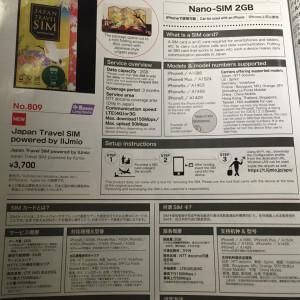 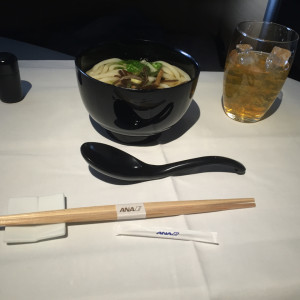 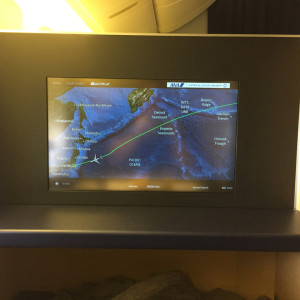 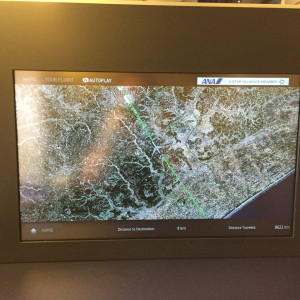 After grabbing my bag and clearing customs which was super fast, I proceeded to the ANA Arrivals Lounge. I showered and then I was off to downtown Tokyo. 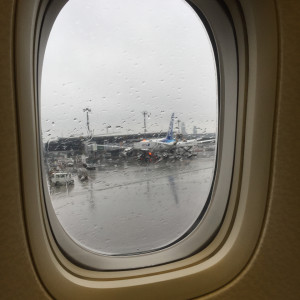 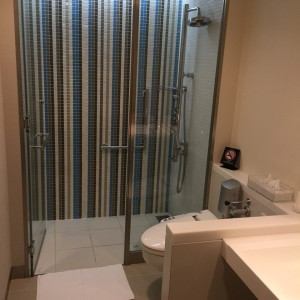 Stay tuned for the return flight review of NRT-SFO which included ANA Suite Check-In at NRT.