Tokyo-Kyoto Nozomi 247 Non-Reserved Class: I decided to take the Nozomi N700 Bullet train down to Kyoto from Tokyo which wasn’t on a plane but it was quite a flight on the tracks. When the train arrived to the station I knew this wasn’t your typical train. We reached speeds of 300km/h (186mph) which was simply amazing. The ride was very smooth and we reached Kyoto in under 2.5hrs. It was a fairly full train as it was on the weekend even though they have trains running every 10-15min. This is the form of transportation that the locals in Japan utilize instead of driving or flying. It’s not the cheapest form of transportation at ~$120 USD one-way but was worth the experience. 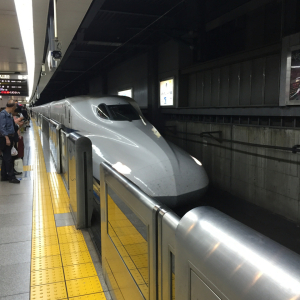 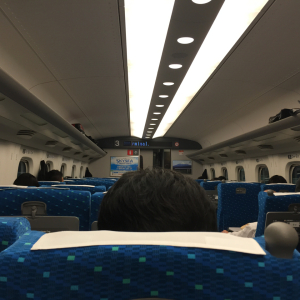 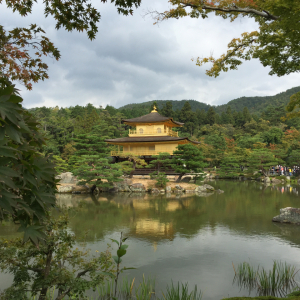 ITM-HND Japan Airlines JL138 Business Class: In order to maximize my time in Kyoto to tour the city I opted to fly to Tokyo on my return leg. Kyoto is very walkable and a small gem of Japan. It ended up costing only $15 more to fly than the train but I’d be flying Business Class on their new 777-200 Sky Next domestic plane. Onboard they offered inflight WiFi via GoGo and the Business Class seats were on par with domestic US Business Class seats. Nothing too special but it was only a 50 minute flight so it was just fine. 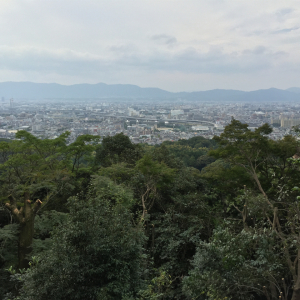 View of Kyoto from Inari Mountain 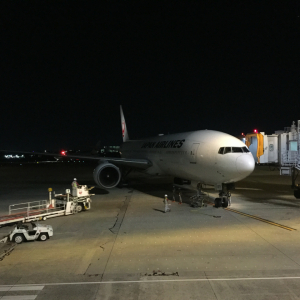 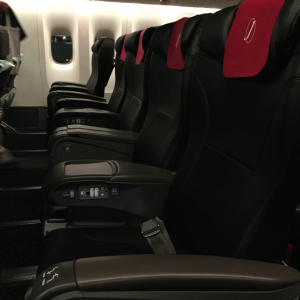 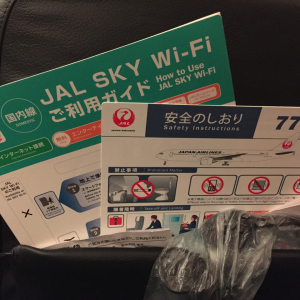 HND-SIN All Nippon Airways NH843 Business Class: During my layover at the Tokyo Haneda airport, I enjoyed the ANA lounge which offered very nice showers so I could freshen up before my overnight flight to Singapore. The flight boarded on time just like everything else in Japan and we were on our way to Singapore on ANA’s 787. The seat wasn’t a lie flat but the other features on this 787 such as the better air circulation system made this flight enjoyable. I slept for most of the flight and woke up for breakfast prior to arrival. I opted for the international option as fish didn’t appeal to me for breakfast. We arrived in Singapore early in the morning but I was able to go check out the SilverKris Business lounge as my connecting flight was on Singapore Airlines. The lounge was massive and offered every hot food option that you could want. 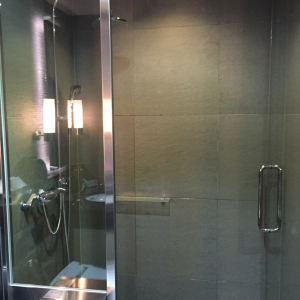 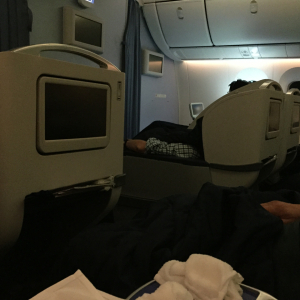 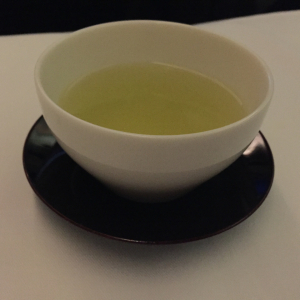 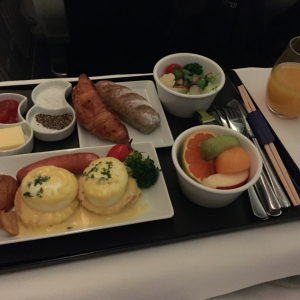 SIN-MLE Singapore Airlines SQ462 Business Class: This was my 1st Singapore Airlines Business Class flight. I have flown their A380 in Economy and was very happy with the service and quality of the flight so I couldn’t wait. The gate we departed from was the same gate as the one I used to fly to Bali, Indonesia last year. There is no separate line for Business Class when going through security at the gate but the line moves quickly (~15min). Upon boarding, I was offered a hot towel and a glass of champagne. The lunch menu to Male included some of my favorite dishes and we started with Chicken Satay. It was served with plenty of peanut sauce. For the main course, I choose the steak but it came out overcooked. I ended up enjoying the lamb instead which was amazing! We landed into Male after just a 4hr flight which was a flight to remember. The runway in Male requires planes to do a U-turn at the end and head back up the active runway to get to the terminal. This was a 1st for me as well. After a quick 15 minute boat ride, I arrived at the Sheraton Maldives to enjoy 3 days on the island. Every resort requires a transfer but the boat rides are much quicker than a seaplane. 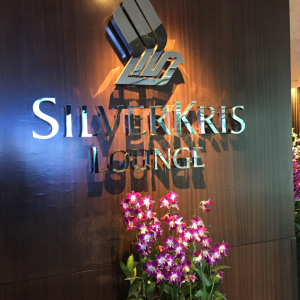 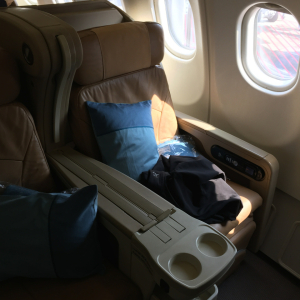 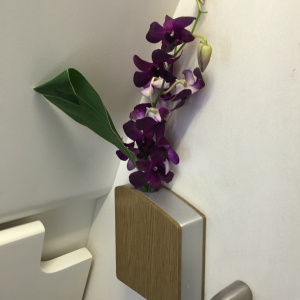 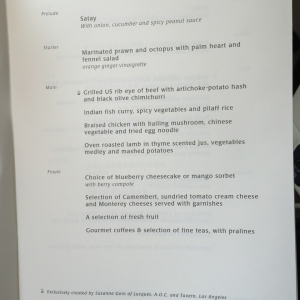 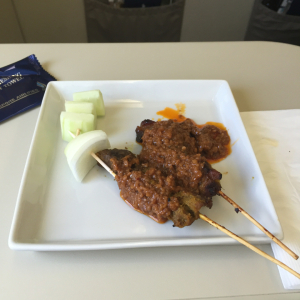 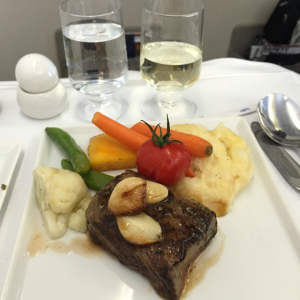 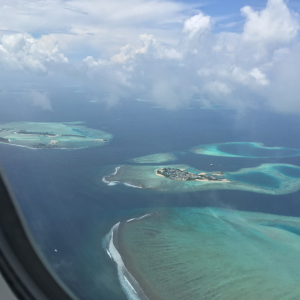 MLE-CMB SriLankan Airlines UL104 Economy Class: After a very relaxing and enjoyable time at the Sheraton Maldives, I was off to Colombo, Sri Lanka to start the journey of the trip that sparked this round the world trip. Upon boarding the flight after waiting in one of the worst airport waiting areas, I was surprised at how new the A320 plane was with leather seats. It was quick 1.5hr flight to Colombo but they offered a dinner meal service inflight which was very good for Economy Class standards. We landed at a remote stand so they had to bus us to the terminal. Once I entered the terminal, I went straight to the Business Class lounge as I had my Etihad Business Class boarding pass on my iPhone. More details on this adventure in the next post. 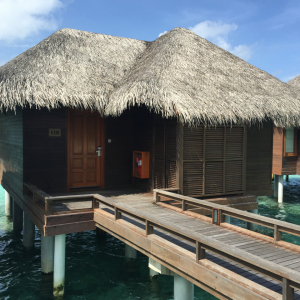 Sheraton Maldives Over the Water Bungalow 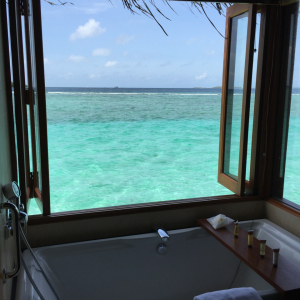 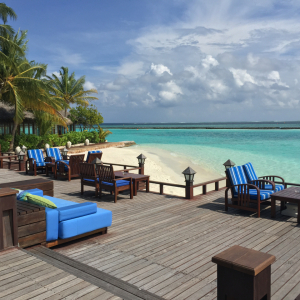 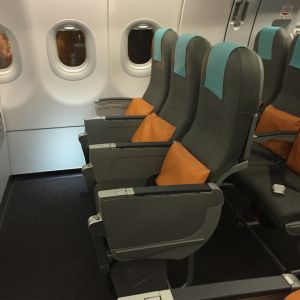 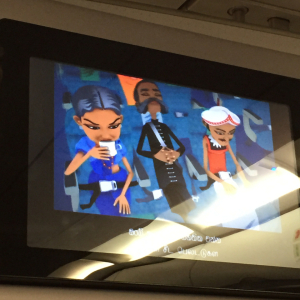 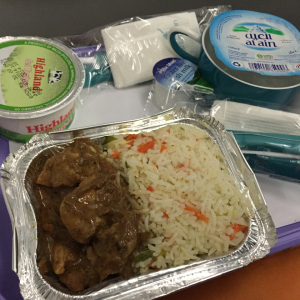 Stay tuned… Part 4 will feature Middle East flights and Part 5 will feature my return flights from Abu Dhabi to SFO.