On my way home from the World Cup in Russia, I was lucky to find award availability on British Airways in Business about 2 months prior to the flight. It’s the only flight from Moscow to London operated by a wide-body plane with lie flat beds. Most European flights in Business are the same seat as Economy, but with the middle seat blocked. It was my first time trying British Airways in Business as most British Airways award flights have very high fees due to the UK luxury tax. I was able to book DME-LHR-JFK-SFO in Business using 57,500 American Airlines miles and $84.02 in taxes. The trick is to fly on American when departing from LHR to avoid high taxes.

I arrived via Uber to DME airport which is about 1 hour south of Moscow. It’s an older airport, but not very crowded. After a quick check-in, I proceeded to the British Airways lounge. It was spacious, offered basic snacks and had views of new gates being constructed. 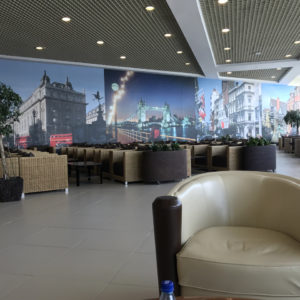 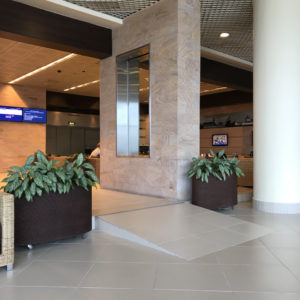 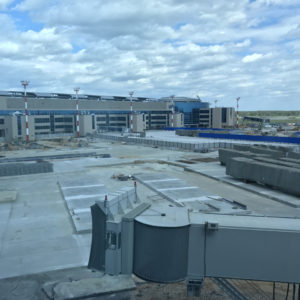 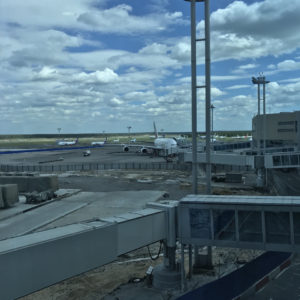 Upon boarding, I proceeded to the left and found my seat at 6A. It was a rear-facing seat and a bit narrow. There is a plastic divider between the two seats for a bit of privacy. From my seat in 6A, I was able to see the passenger seated in 7B. With 7 seats across in Business, it’s definitely tight and I wouldn’t recommend this plane for a long haul. It’s a lie flat bed which helps, but there are better options available. 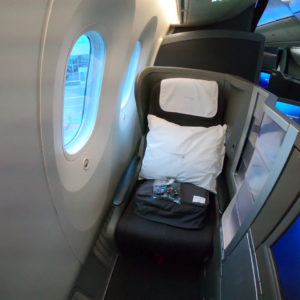 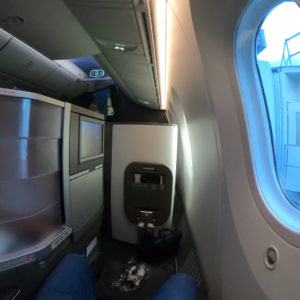 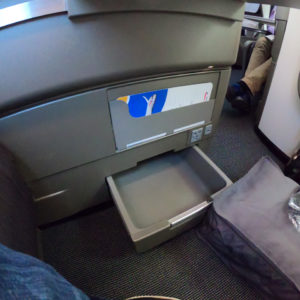 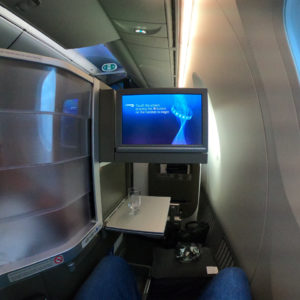 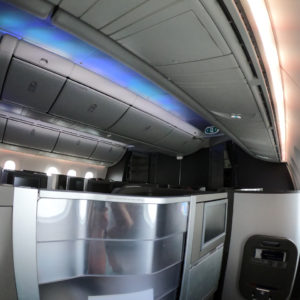 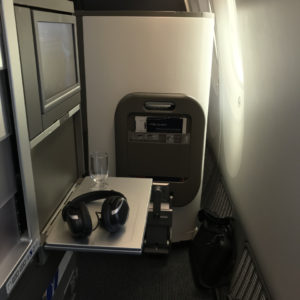 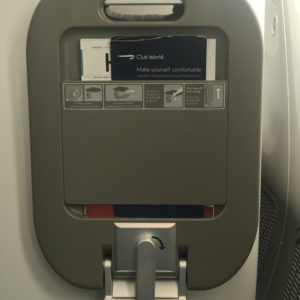 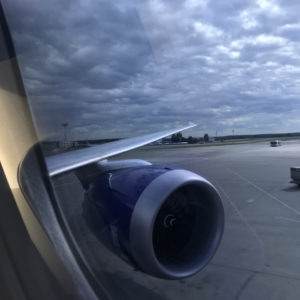 We pushed back on time and our journey to London was quiet & smooth thanks to the Dreamliner. Dinner was offered on the flight and I opted for the lamb as my main course. It was OK. The cheesecake was the best part of the meal. 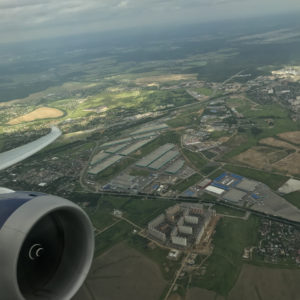 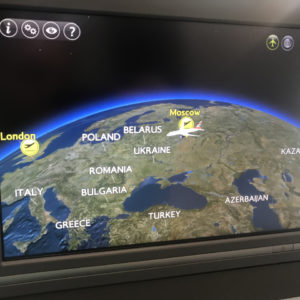 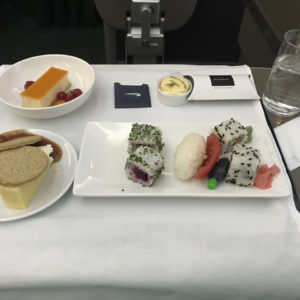 I did experience an issue with the power outlet at my seat as I was trying to work inflight even though no WiFi. A reset of my seat didn’t fix it so the flight attendant moved me to 6D which was empty. Sitting in 6D did feel a bit more spacious, but offered zero privacy due to the aisle. The quick 4 hour flight landed on time and I headed to the Moxy hotel @ LHR for an overnight layover before flying to New York. 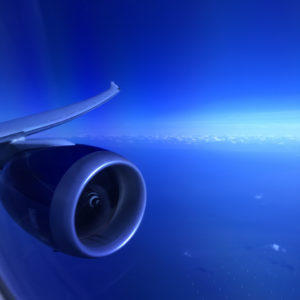 Wind Turbines in the Ocean near London 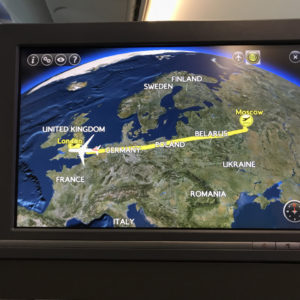 Conclusion: It was a pleasant 4 hour flight, but I wouldn’t want to spend money or points to fly this plane on a 10+ hour flight. It’s the best option to get from Moscow to London so be sure to book the flight which operates with this Boeing 787-9.