During 2017, I carried elite status on American Airlines, Virgin America and United. The upgrade results were almost 100% which isn’t typical! Checkout the results below…

American Executive Platinum is top tier status and required 100K+ of flying in 2016 to use this status in 2017. I’m happy that I made a mileage run trip to Portugal for a weekend as I was upgraded on 100% of my domestic flights and cleared all requested upgrades to Business Class on international flights. Wow!

I re-qualified for Executive Platinum again for 2018 so hopefully I’ll have another year of upgrades 🙂 The requirement during 2017 was 100K+ EQM (elite qualifying miles) and $12K+ in EQD (elite qualifying dollars) which wasn’t easy, but there is a trick. If you are trying to qualify for American Executive Platinum I’d highly recommend flying their Oneworld partners in Premium Economy. I flew multiple flights in Premium Economy (E Class) on Cathay Pacific to boost my EQD and EQM miles. You earn 1.5x in EQM and EQD is calculated at 20% of the miles flown rather than what you paid for the ticket. For LAX-HKG on Cathay Pacific in Premium Economy, I paid $800 for the ticket and earned: 10,871 EQM & 1,450 EQD. ~50% of my qualifying EQD was posted by Cathay Pacific flights. 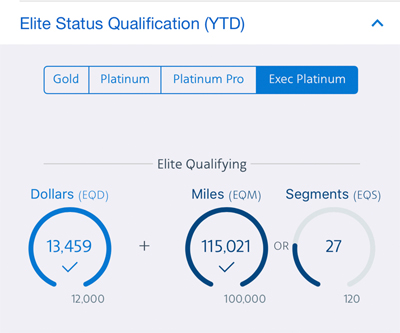 I didn’t re-qualify for Silver status for 2018 although due to the Alaska Airlines integration they granted me MVP status until the end of 2018. Excellent surprise during this tough transition as Virgin America comes to a close! 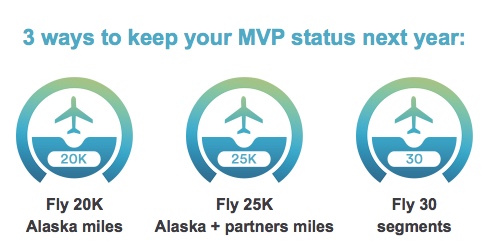 I never fly United and only have status thanks for Marriott Platinum status. I flew United once from SAN to SFO, but with a Basic Economy fare it didn’t do anything.

Which airline elite statuses do you carry? How was your luck with upgrades in 2017? Comment below…