For the final flight of my JetSmarter trial, I wanted to try their JetShuttle option. I decided to select the longest route available at no charge to put it to the test. The route was from Chicago, IL to Fort Lauderdale, FL for a flight time of 3 hours. The flight is operated by a Gulfstream IV (G4) which is a heavy jet. JetShuttle is similar to UberPool where you are sharing a private jet with other members.

My sibling and I flew in the night before from LAX into ORD and then took an Uber to the Hyatt Place Chicago/Midway Airport. The Hyatt Place hotel was located just a few minutes south of the FBO, Atlantic Aviation, at MDW. We grabbed some pizza at Lou Malnati’s and then took an UberBlack to the FBO. The Uber driver knew exactly what to do upon pulling up to the security gate prior to the FBO. Another passenger mentioned their Uber dropped them off before the security gate. Sometimes it’s worth the extra money to get a professional driver with UberBlack.

Upon arrival to the FBO, a JetSmarter agent was their to greet us and check us in. She tagged our bags and we waited to board. The pilots walked around to verify our ID’s prior to boarding. When boarding was ready we all went out to the plane together. There were 12 of us in total. Our seats were preassigned and sent to us via the in-app messaging prior to the flight. When I booked the flight, I messaged them with our preference on seats. It turned out perfectly! We were assigned seats 9 & 11. Upon boarding, our flight attendant greeted us onboard. This was the first time I’ve had a flight attendant onboard a private flight which was an excellent amenity.

We took off on time and had a great view of downtown Chicago in the distance. The flight attendant went around after takeoff to take drink orders. Sandwiches and snacks were available in the galley during the flight, but after a Chicago deep dish pizza for lunch I stuck to the drinks. 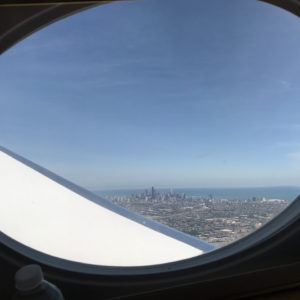 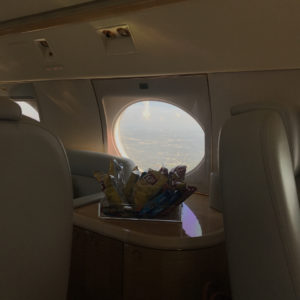 Another JetSmarter member, Aaron, onboard mentioned during our chat that this is “Hipster Class”, not First Class. Very clever! He even brings his own craft brew beers onboard and was very nice to share one with us. JetSmarter makes sense for him as he has an office in New York, Chicago and Miami.

The windows on the Gulfstream were massive and offered excellent viewing angles. Being seated at a pair of seats with a table made it feel very spacious. The seats were very comfortable and much better than a domestic First Class seat. Onboard WiFi was extremely slow, but you could pull off texting and light web browsing. FaceTime video somewhat worked as well during certain points in the journey. 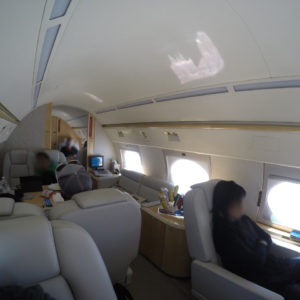 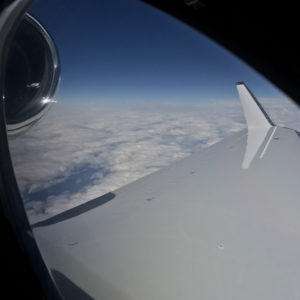 We landed in Fort Lauderdale in no time. After landing, the FBO (Sheltair) gave us a ride to the rental car center to pickup a car. 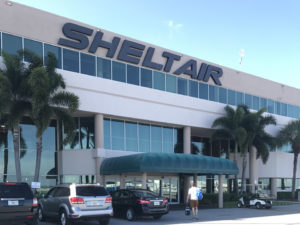 Overall: The heavy jet experience was amazing, but flying with so many more people it didn’t feel as exclusive. I wouldn’t recommend this as a “true” private jet experience. This is an excellent and fun way to travel around if you have the JetSmarter membership. If I was paying for a private jet flight in the future, I’d opt for the Challenger 300 as it’s my favorite thus far.