After many flights with Virgin America and a few with Virgin Australia, I was ready to try Virgin Atlantic. This is Sir Richard Branson’s first airline which he started in 1984. I booked the flight using 70,000 Delta Skymiles and $5.60 back in November 2016. The same flight now costs 85,000 Skymiles as Delta devalued their miles back in April of this year. When I booked the flight I was scheduled to fly on their new Boeing 787-9 plane, but due to a schedule change I ended up flying on their older Airbus A340-600. It was my first flight ever on an A340-600 which made the flight special.

I arrived at the International Terminal @ SFO and checked my bag to London. The check-in process was seamless and I was invited to the Virgin Atlantic Clubhouse lounge which is located prior to security. I grabbed dinner and a few drinks. The Crispy chicken bao bun was a tasty appetizer and I went with the traditional Fish & Chips as a main. Virgin recently teamed up with local tiki cocktail heavyweight Smuggler’s Cove to offer unique cocktails to lounge guests. I opted for the Undead Gentleman cocktail and it arrived in a tiki glass. It was very refreshing. Virgin sure knows how to treat their customers! 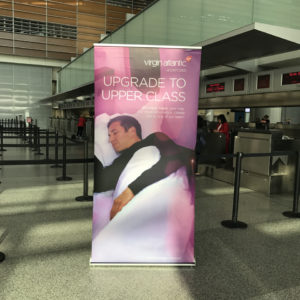 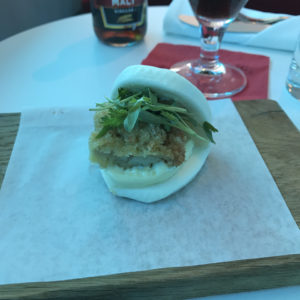 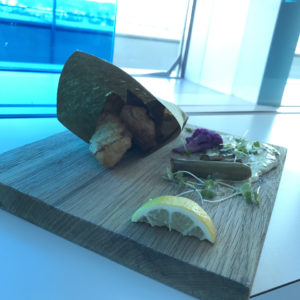 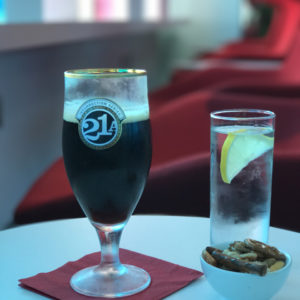 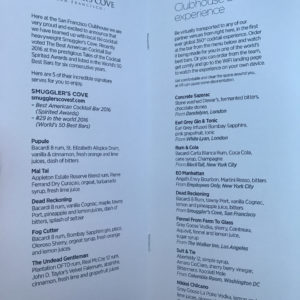 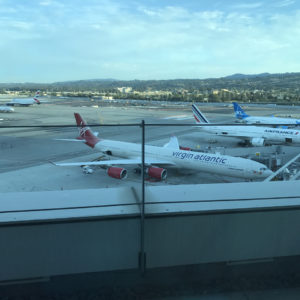 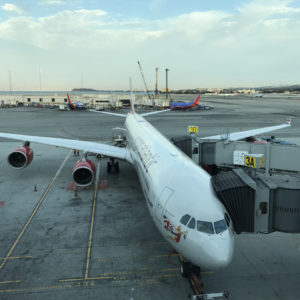 After spending a few hours in the lounge, I was off to board the plane. Upon boarding, I was greeted by the amazing crew and they showed me to my seat which was 2A. They offered to hang my jacket in the front closet and a welcome beverage of champagne. You could tell just by looking at the seat that it was an older plane and fairly worn. The IFE (inflight entertainment) wasn’t touchscreen and the paint around the edges was wearing off. They have tried to keep the plane fresh by updating the accents items and bar area. The flight attendant confirmed prior to takeoff that WiFi wasn’t available on this plane, Lady Bird, as it was older. Virgin Atlantic announced WiFi fleet wide as of September 2017 so you should be covered now. Lady Bird started flying in February 2007, making it over 10 years old. Prior to takeoff, they also had all Upper Class passengers fill out a breakfast order sheet which was nice to have your breakfast ready when you wake up. 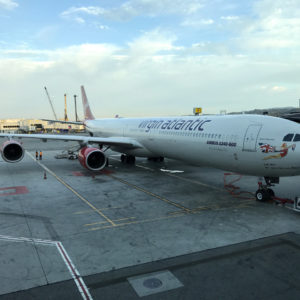 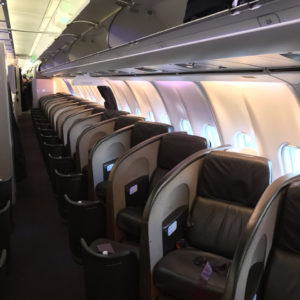 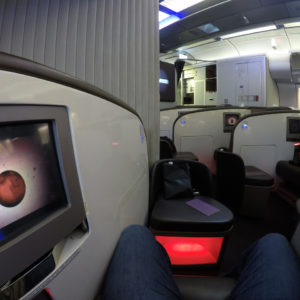 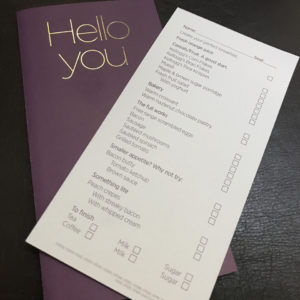 Sunset on Takeoff from SFO

The seat was a bit tight being a business class seat and they all faced the aisle making it very hard to look out the window. Reclining was limited unless in lie flat mode although the ottoman was a nice touch to help prop your feet. You could even eat together with someone else as the ottoman has a seatbelt. If you are used to using storage areas at your seat you’ll be limited with this seat. I didn’t find many useful areas to store my wallet, phone, etc.

The pilot announced we’d be arriving into London a bit early and the load was very light with only 134 passengers onboard. We had to remain in our assigned seats for takeoff, but afterwards you were free to change seats within your ticketed cabin. Dinner was served shortly after takeoff which I opted for the salad, steak and chocolate cake. I didn’t finish all the food as I had just ate in the lounge, but the quality was top notch. I had the crew clear my dinner fairly quickly so I could get some sleep. While the flight attendant made my bed, I changed into the provided PJ’s which were comfy. They didn’t provide slippers which seemed a bit odd. The mattress topper they setup added some comfort, but it was still rather firm. I was able to get 7 hours of sleep so I’d say it was a successful flight. 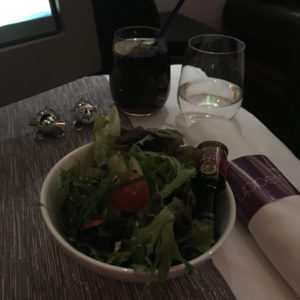 Breakfast was served when I woke up prior to landing. I went with fresh fruit, eggs, bacon, sausage and veggies. They were all prepared nicely and a great way to start my day in London. Prior to landing, the crew wished a colleague well as she completed her final flight after 11 years of flying which she started as a beautician with Virgin Atlantic. The entire plane cheered! 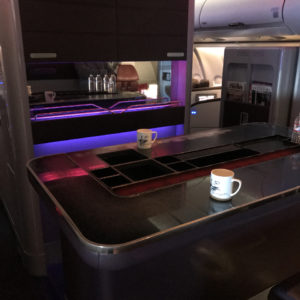 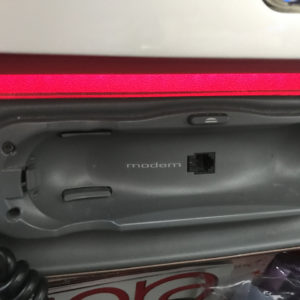 Old School Connectivity on A340

Conclusion: The service was exceptional and I wouldn’t hesitate to fly Virgin Atlantic Upper Class again. The older plane was masked by the quality of service. Sometimes the soft product outweighs the poor hard product. If you prefer more privacy, I would recommend sitting in the K seats when flying on the A340 whereas on the B787 A side is better. Go for the B787-9 if you have the choice!