I’ve blogged about using my Sprint iPhone globally with no issues but in September things changed. Initially I thought it was a due to a hardware change (new iPhone), PRL update or iOS update that broke my 3G data connection but Sprint has finally fixed the loophole of not having to pay for 3G data service ($50 for 500MB) where you are only supposed to recieve 2G service for free. The local roaming partners (carriers) in each country are throttling the speeds in coordination with Sprint.

Data used during 36 hours in Portugal

Based on my tests in the past few months, it’s not always limited to 2G speeds (64kbps). In Portugal, I was still able to receive 3G (500-2,000kbps) speeds for both downloading and uploading. The other strange result was in Australia, where I recieved 2G speeds for downloading but 3G speeds for uploading. Given these varying results, I do know that in the following countries they do limit it to 2G speeds: UK, Germany, Singapore, Hong Kong & Indonesia. I hope Sprint will release unlimited 3G for free and then charge for 4G/LTE since 2G speeds are very hard to use day to day. @Sprint: Why is it not consistent? 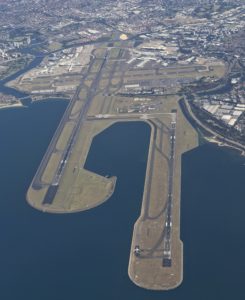 One new feature which Sprint is advancing in technology is allowing SMS messages (green blurbs on iPhones) to be sent over WiFi which is a great feature while using inflight WiFi. This feature was released on October 20th, 2016. Below are the details on what’s supported:

Can I send text messages over Wi-Fi?

While in Germany recently, I was able to test out my friends Google ProjectFi phone. It allows you to use the hotspot feature on the phone at no additional cost. We were out in the city trying to rent bikes using an app but downloading the app was taking forever. He enabled the hotspot and instantly we all had 4G/LTE data due to the recent partnership with Three, otherwise you get 3G coverage.

Google charges $10/GB for usage anywhere in the US and internationally (135+ countries, including Maldives). The only 2 downsides to using a ProjectFi is if you are a heavy data user (5GB+) or want to use an iPhone (you hate Android). Given these 2 downsides it will prevent me from obtaining a ProjectFi phone as I used 10GB+ per month and will only use iOS devices. If you are a light data user, use an Android phone and travel internationally I think this is the best solution out on the market today!