In June, JetBlue released a promotion, #GoForthWithJetBlue Points Match, matching the points that you had with Virgin America and giving you JetBlue points if you complete 1 roundtrip flight by 8/31. I had never flown JetBlue and heard they are a competitor for Virgin America which is my favorite domestic airline. The promotion signup process was very easy by just emailing a screenshot of my Virgin America account overview. I had greater than 50,001 Virgin points so I’d get a match of 75,000 JetBlue points. JetBlue points are worth around $0.016 per point putting the value of this promotion at $1,200 worth of JetBlue flying. I decided to book a cheap flight down to Long Beach from San Francisco which was $128.60 roundtrip. For 6 hours of my time it was worth it!

JetBlue operates out of SFO’s International Terminal from the A Gates which is an amazing terminal. I arrived around boarding time and noticed they had started boarding early. It’s always nice to see your flight departing on time at SFO. Upon boarding, I noticed the Fly-Fi logo on the plane confirming the plane had WiFi. I was seated in 8D and immediately noticed the TV screens reminded me of Frontier Airlines. They were tiny and out of date. It wasn’t the cleanest plane and seemed to be very worn. The one thing they had going for them on this plane was the free satellite WiFi and it was fast! I was able to get 12Mbps down and 0.5Mbps up.

We landed into Long Beach (LGB) and they don’t have jet bridge service so just stairs from the plane to the small terminal. I sat around for my return flight (1.5hr layover) and boarded one of the last flights out of LGB. It was the same plane I flew down on so nothing changed other than it was a light load. The lead flight attendant let me take an entire row in the “Even More Space” seats. It was an uneventful flight back to San Francisco and we landed on time which was a nice touch. 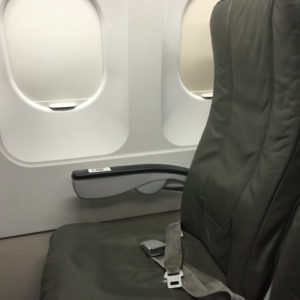 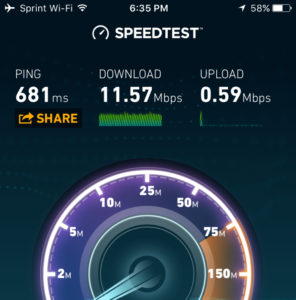 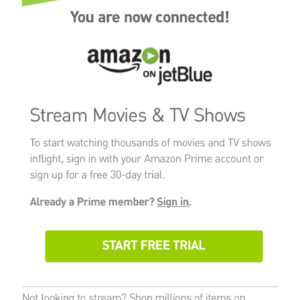 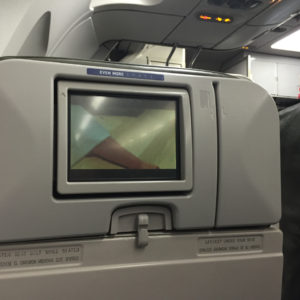 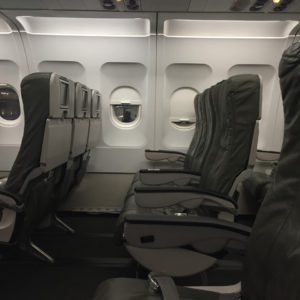 Conclusion: Virgin America definitely has JetBlue beat on customer service and the entire flying experience. I do think this is an edge case of JetBlue using older planes for short haul service so I would give them another try especially with their Mint class. In my opinion, JetBlue is no different than most generic domestic airlines (United, American, etc.) other than great WiFi onboard for no charge.

Plane spotting while boarding (BA A380)