How to handle IRROPS due to Weather & Mechanical delays

The winter months are coming here in the US! Over the past 12 months, I’ve had a handful of issues due to irregular operations (IRROPS) while flying around the world. They are never fun, but you have to start thinking quickly as to what your options might be and beat everyone else to it. If a plane full of 150 passengers have the same end goal of getting to their destination, you will be competing for the same availability.

Here’s a few examples based on real experiences of how to be resourceful during IRROPS.

I was booked on Alaska Airlines from SJC-SEA and then connecting to Iceland Air to KEF. The flight from SJC-SEA was delayed 4.5 hours which would cause a misconnect in Seattle. The issue was due to weather in Seattle. I didn’t want to overnight in Seattle and risk getting stuck so I looked into alternate routes which wouldn’t fly me via SEA. After a quick Kayak search, the quickest option was to fly British Airways via LHR and arrive in KEF about 12 hours late. I had booked the ticket through an agency, Priceline, so I had to call them to rebook. The Alaska Airlines gate agent could hold the seats, but couldn’t ticket it. I also confirmed availability of seats using ExpertFlyer to ensure I didn’t have to sit in a middle seat. I was able to get Priceline to rebook me on the British Airways flight and flew SJC-LHR-KEF. Not the best route to get to KEF, but I made it! 🙂 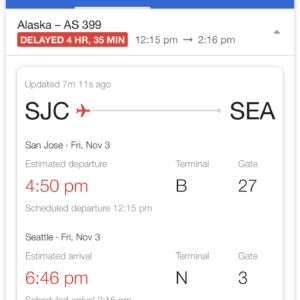 While stuck in SJC for the flight in Example #1, there was a passenger and his wife trying to get to Kona. Their flight had just been cancelled due to their plane being stuck in Seattle. He was told that he would be rebooked on the flight the next day. He didn’t want to lose a full day in paradise so I offered to help him. Quickly, using the flight availability search in ExpertFlyer it showed some connecting flights which would work for him. I was able to get him on a flight to Maui that evening and then connecting to Kona at 6AM. He didn’t lose a day in paradise, just lost a good nights sleep. In the end, he mentioned I should start a travel agency. I knew more than the gate agents 😉 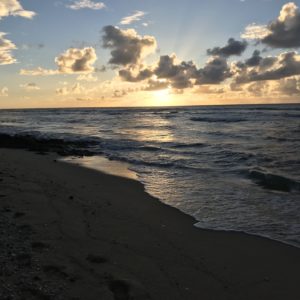 After a long flight from Washington DC, we were on our last leg to San Diego from SFO. Upon our final decent into San Diego, I realized we were landing from the West which is rare. As we approached the airport, visibility went to almost zero and at 500 feet from the runway the pilots put the engines into full throttle to pull up. After a failed landing attempt, the pilots came on stating visibility was too poor to land and they were calling flight operations to see what the plan was to divert or wait out the fog. I knew right away we would be diverting to LAX as that’s the backup airport for SAN diversions. The captain finally announced that we would divert to LAX and they would bus us down to San Diego. It was already 11PM so all the passengers were tired. Upon landing into LAX, I immediately tried to book a rental SUV for us to drive ourselves down to San Diego. The bus wasn’t going to be fun and unsafe with a newborn. National and Hertz were sold out due to the Christmas holidays which are my 2 go to rental agencies. I finally found availability with Avis so I booked it through their app at full price and went to grab the SUV. Virgin America ended up refunding us the $275 one-way rental as they didn’t offer a safe form of transportation for a newborn. We arrived home late, but faster and more comfortable than the bus. 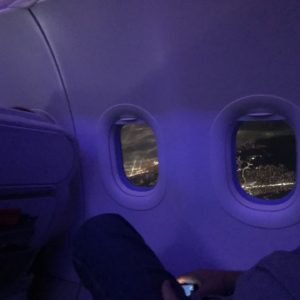 Do you have any IRROPS stories? Please comment below 🙂