I was originally booked to visit Borobudur in January 2016, but due to a change in plans it was delayed. I finally made it to Borobudur earlier this year and after an amazing visit I wanted to grab an earlier flight back to Jakarta (CGK) from Yogyakarta (JOG). There isn’t much else to do in the immediate area as I stayed at the Manohara Resort which is located next to Borobudur. The sunrise tour was well worth the money! There were still 100+ people but much less than the crowd after sunrise. It was packed with over 2,000 people within 1 hour of opening. 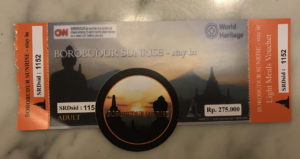 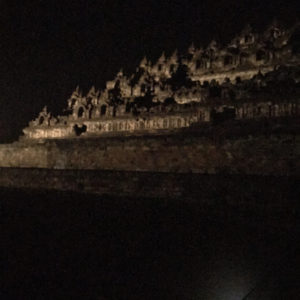 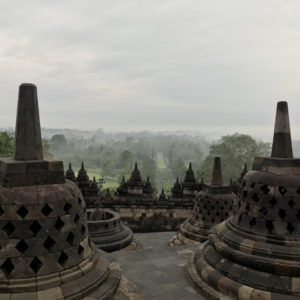 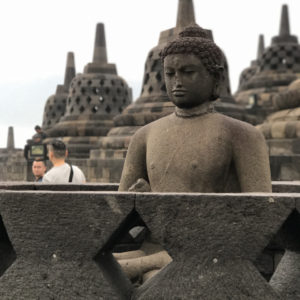 After looking online and finding cheap Business Class tickets for an earlier flight, I decided to call Garuda Indonesia. The agent confirmed I can just pay the fare difference and there wouldn’t be any other fees as I was upgrading to Business Class. Excellent! I checked out of the hotel and hopped in a van to the airport which took around 90 minutes due to traffic. Upon checkin, the agent informed me that I have to go to the ticket office to pay the difference which was in a different building outside the terminal. I walked over to the office and explained I need to pay the fare difference. On the phone, I thought the agent mentioned it would be around IDR 100,000 (USD $7.50). I handed the agent my credit card and she asked if I had cash as the price was only IDR 16,500 (USD $1.24). Indeed I had cash and agreed it would be best to pay via cash and save them the credit card processing fee. 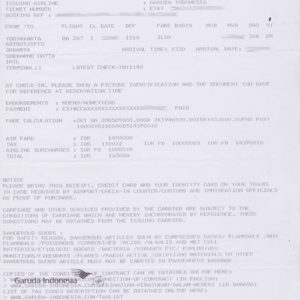 I was then able to check-in at the counter and proceeded to the Garuda Lounge which was located outside of security. It was a small lounge with limited food and drink options, but perfect as the flight was delayed. When the flight was ready to board I proceeded to the gate and went through security. I was the first passenger onboard and only 2 other Business Class passengers boarded the flight. It was a B737-800 yet an older configuration which was a first for me as all other Garuda flights have been operated by their new Sky Interior 737‘s. The short 1 hour flight included dinner which was spaghetti and meat sauce plus some fresh fruit. It was sufficient although the noodles were overcooked. Our flight crew made the flight pleasant and I would like to try out their Business Class on their 777-300ER on a long haul flight soon. 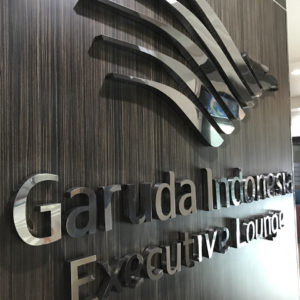 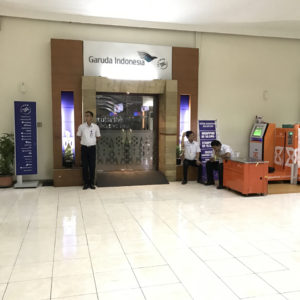 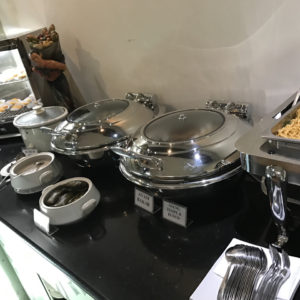 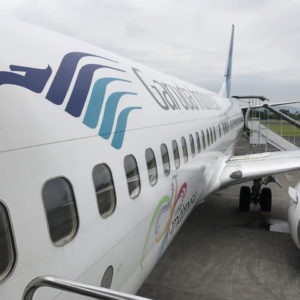 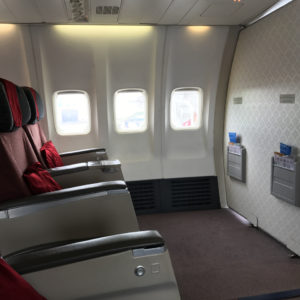 Tons of Legroom in Row 1 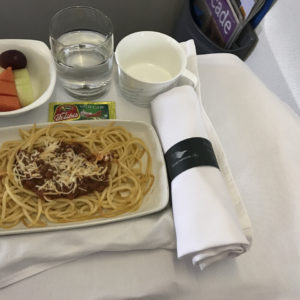 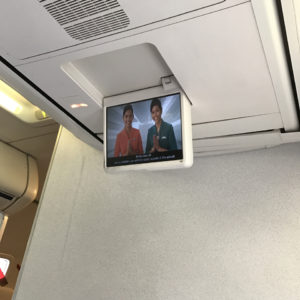 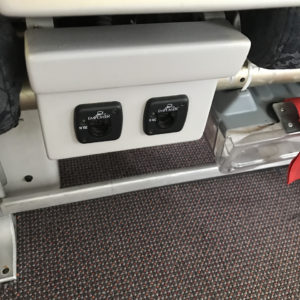 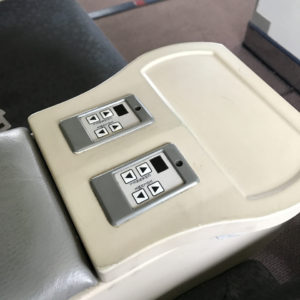 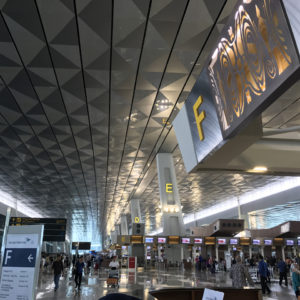 Conclusion: For USD $1.24, this was the cheapest Business Class upgrade I’ve paid for to date. It wasn’t the newest plane, but lounge access and being in Row 1 made it well worth it! Always check to see what your options are if you were to change flights or pay for an upgrade fee. Sometimes it will surprise you! 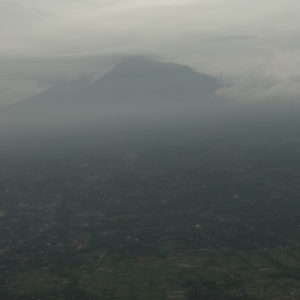 Mount Merapi after takeoff from JOG