Virgin America launched service to Hawaii this past Monday, November 2nd! They now serve SFO-HNL (Honolulu) and next month they will also fly SFO-OGG (Maui). It wouldn’t be a launch flight without a party. Virgin America knows how to throw a party and with Sir Richard Branson joining it sure would be a blast! I was lucky enough to book a ticket on the inaugural flight when they announced the route back in April. This was my 5th inaugural flight with Virgin America so I prepared to be amazed!

The morning started out with an early drive in pouring down rain to Millbrae BART to park. While in transit to SFO on BART it was delayed which forced me to grab an Uber as I was already running late. Once I cleared security there was a huge crowd near the gate. The press conference at the gate had already started which was announcing an AirBnb and Virgin America partnership where you can now earn Virgin America points for all your AirBnb bookings. AirBnb started 8 years ago as a startup as well so they thought it would be a perfect fit as many Bay Area travelers love both brands. After a quick AirBnb pitch, Sir Richard Branson took over and announced we are headed to Hawaii! He had never been to Hawaii by plane, boat or swimming. It ended up that he was ballooning around the world and crashed in bad weather near Hawaii. He was picked up by a helicopter and spent Christmas in Hawaii that year. Branson ran out of words and invited the hula dancers to come over to perform a dance prior to boarding to get us into the Aloha spirit. “We were now ready to board the best airline in the whole wide world,” said Branson! 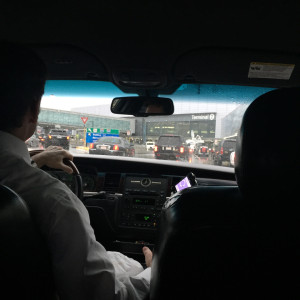 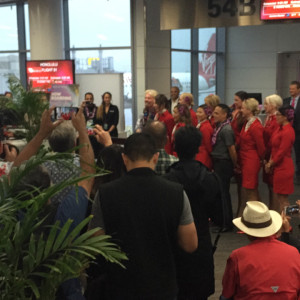 We all boarded the flight and pushed back for an on time departure of 9AM. The flight was filled with Virgin America employees, Airbnb employees, sweepstakes winners and a few traditional passengers. Both David Cush (CEO of Virgin America) and Sir Richard Branson joined us onboard the flight. After reaching cruising altitude, they served everyone a POG mimosa to toast to the flight.  We were well underway on our 5 hour 15 minute journey to Honolulu. All drinks, snacks, meals and movies were comped during the flight. I opted for the Chicken Bulgogi wrap for my meal which turned out to be very tasty. A Dean & Deluca dark chocolate square was included as well to top it off. The flight went by very quickly with some hula dancing in the aisle, an amazing ukulele player and a trivia game. It reminded me of the Victoria Secret fashion show flight when they used the aisle to perform. WiFi was disabled about an hour into the flight as they announced it won’t be available until mid-2016. I assume it’s a certification issue but it didn’t matter on this flight. 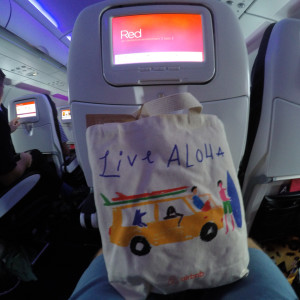 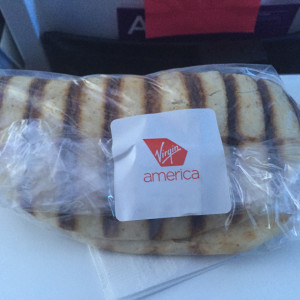 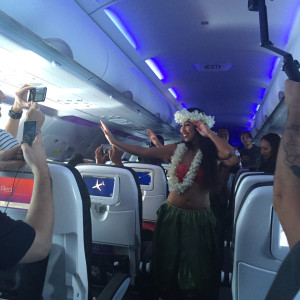 Landing into sunny Honolulu made it well worth the escape to Hawaii for the day. We taxied over to the tarmac area near the FedEx terminal on the south side of Honolulu International Airport. They had a red carpet, stage and bar waiting for us. All of Virgin America’s Honolulu ground staff were onsite for the tarmac party as well. More food and drinks were served during the press conference. The Governor of Hawaii was present along with the CEO & COO of the Hawaii Tourism Authority. After the press conference everyone shuttled to their hotels and prepared for the evening party in Lanikai. I rented a car and drove the coastal route to Lanikai. Lanikai Juice serves amazing Acai bowls so I had to grab one and head to the beach for a bit. The evening party was hosted at the Paul Mitchell Estate which was breathtaking. The views and multiple houses on the Estate was spectacular. Food and drinks were served and everyone partied well into the evening. Unfortunately, I had to leave a bit early to grab my redeye flight home. 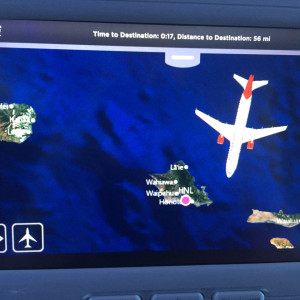 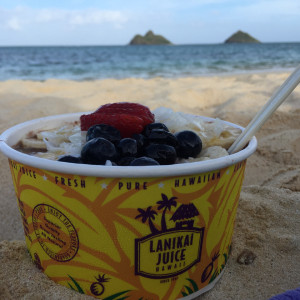 What a way to celebrate the new route! Aloha! 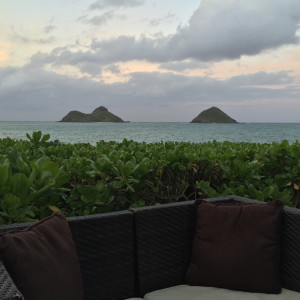 A few more new routes are coming next year including LAX to Hawaii. Keep an eye out to book your seat on the next inaugural Virgin America flight 🙂