Topping my best flight experience in Etihad Suite Class last year, I decided to fly private for the 1st time in my life. I’ve been tracking JetSuite’s SuiteDeal offerings since June of 2014 trying to gain a better understanding of the routes JetSuite repositions their planes for paying customers. A SuiteDeal is when you book an entire private jet for a fraction of what it would cost normally as they are repositioning it. Within the West Coast of the US most flights are $536.43 and are operated by their 4 passenger jets. Keep in mind these are one-way flights and are only posted less than 24 hours prior to the flight making it very difficult for the average person to take advantage of for their next trip. Everything must fall into place to make it work. Recently, the opportunity came about and I decided to give it a try!

How to make a SuiteDeal work:

The flight was amazing and a unique experience! I never thought I’d ever fly private due to the cost but that day came in January 2015. Instead of paying $5,140.94 for the flight I was able to snag it for $536.43 (~90% off). The Phenom 100 is a small twin-jet plane so you will feel the turbulence more so than a larger jet and you can’t be afraid of flying if you want to do this. I was so excited I could barely sleep the night before. Packing with no notice was also a challenge but being well traveled I knew I could pull it off. This was the hardest trip I’ve ever coordinated due to so many unknowns. I’d never flown private before so I didn’t know what to expect. Arriving to the private jet terminal only needs to be ~15min prior to takeoff which was a surprise. Landing and having a rental car show up next to the jet was surreal. I didn’t even know where to drive off the tarmac until a gate magically opened up in front of me which dropped me into the neighborhood next to VNY. I highly recommend booking a rental car with the FBO to get this experience. During the flight, I barely took advantage of the self serve mini bar and snacks. The copilot did mention prior to takeoff that they had a cooler of beer and a full mini bar available at no charge. I settled for Fiji water and cookies during the flight so I could take in the entire experience. If this flight was headed to Vegas with 3 of my friends I’m sure we would empty it all prior to landing. They do include free WiFi inflight provided by GoGo. The speeds were slower than other commercial flight GoGo connections I’ve used but it was sufficient for iMessage and email. FaceTime and FaceTime Audio didn’t work due to low bandwidth and high latency. In all, the pilots were awesome and I wish I was on the plane for longer than 53 minutes but it’s a life experience I’ll never forget!

Playbook of my Experience:

Thursday (day prior to flight): 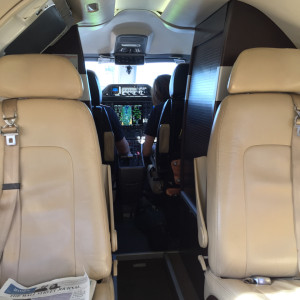 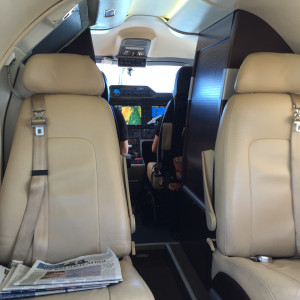 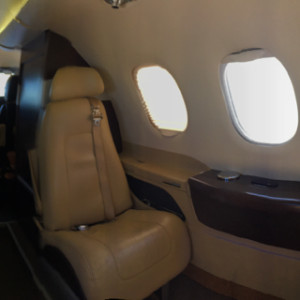 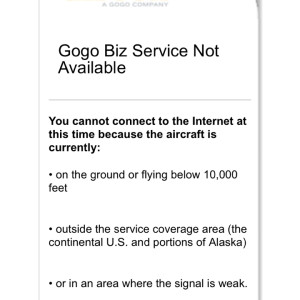 Left Side of Plane 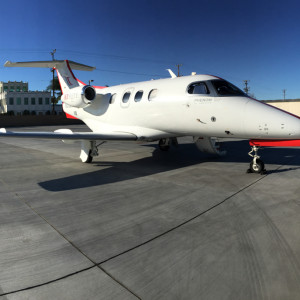 Who wants to join me on the next JetSuite SuiteDeal?