My last international trip prior to COVID-19 originated at LAX headed to Tokyo. This was the 1st segment of my 3 aircraft sampler with Singapore Airlines which included the B777-300ER, A380 & B787-10. Checking in at LAX with Singapore Airlines in TBIT was flawless as usual. I proceeded to the Star Alliance Business Class Lounge to enjoy lunch on their outdoor patio. This is a hidden secret at LAX if you are flying internationally in Business Class on a Star Alliance airline. If the weather is nice, give it a try! They planned to start grilling during the summer months, but that might change now due to COVID-19. 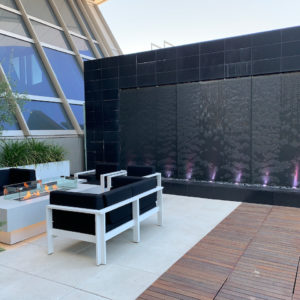 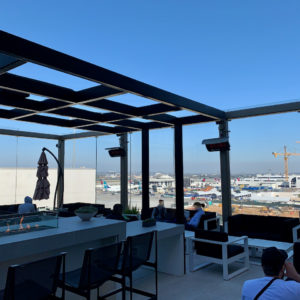 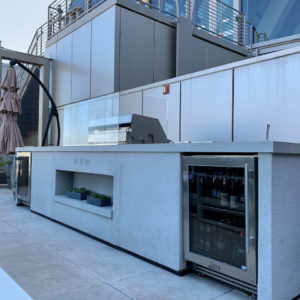 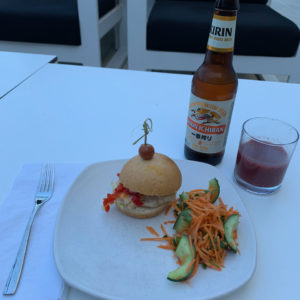 After a relaxing lunch, I headed off to the boarding gate which was about a 10 minute walk. It was the first time trying out the bulkhead Business Class seat on the B777-300ER. The seat has more leg room so it’s worth booking if it’s available. It is typically reserved for anyone traveling with an infant as it supports a bassinet, but I was able to confirm the seat 6 weeks prior to the flight. I’m sure if someone with an infant booked the flight I would’ve been bumped to another seat. Boarding completed early and we were off to Tokyo (NRT)! Singapore Airlines uses NRT and HKG as fuel stops for their B777-300ER flights from the West Coast on their way to SIN, but you can book them as a single segment making it a nice option for Japan if ANA isn’t available using miles. 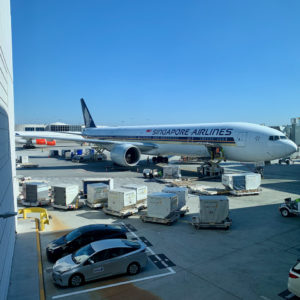 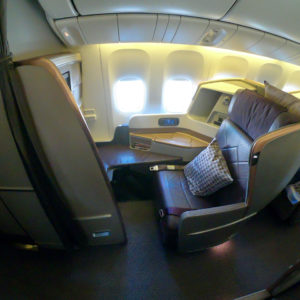 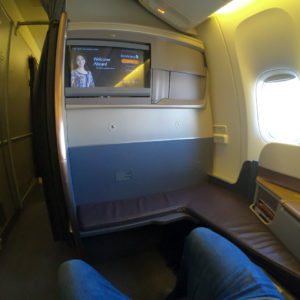 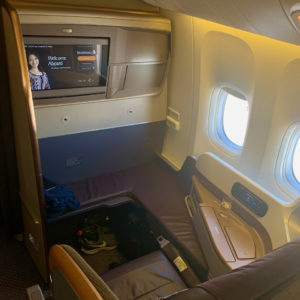 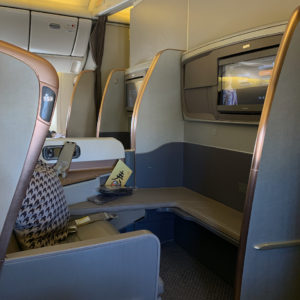 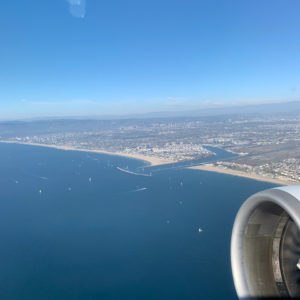 After takeoff we were served dinner which I pre-booked using the Book the Cook option with Singapore Airlines. I selected the Wok friend Black Pepper Chicken as my main course. The starter was a peanut sauce shrimp salad which was nice and light. I prefer a refreshing and light meal while flying. The chicken dish was decent, but not the best I’ve had on Singapore Airlines. A scoop of ice cream finished the meal. 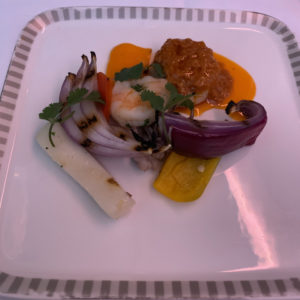 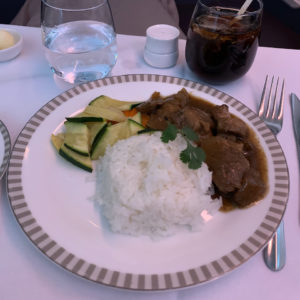 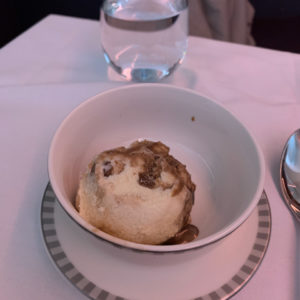 Inflight WiFi is included for Business Class passengers, although only 30MB of usage. It’s perfect for text messaging and light email usage.The speeds aren’t fast as OnAir powers it, so don’t expect to work on the flight.

I slept for about 6 hours and the extra leg room made a huge difference being in a bulkhead seat. Being located near the galley didn’t cause me to lose any sleep. Lunch was served prior to landing into Tokyo. We were served smoked salmon as a starter which was well done. I pre-ordered Beef Sukiyaki and it made up for the average dinner. It was amazing! Great way to kickoff a night in Japan. 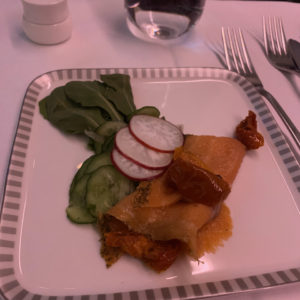 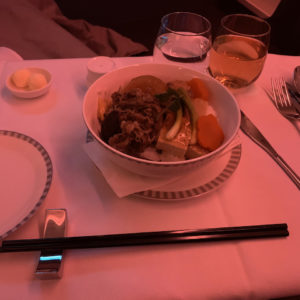