With bag fees on the rise over the past years, most travelers try to travel with just a carryon. Sometimes it’s inevitable that you’ll have to check a bag, especially on an international trip. In the last 3 months, I’ve had 2 instances where my checked bag failed to show up at baggage claim. The last time I lost a checked bag was in May 2013 on Lufthansa on a flight from Munich, Germany to Split, Croatia.

I checked into my flight in Budapest to Stockholm with a connection via Berlin (TXL). At checkin, the agent checked my large bag and then forced me to check my carryon due to the 7kg weight limit. I always travel with a change of clothes in my carryon so I was hesitant, but the agent wouldn’t budge. I had no choice. Off the bags went down the belt. It was a 45 minute connection in Berlin and a legal connection time with Air Berlin. Upon arrival into Stockholm, my carryon bag which was checked showed up yet no sign of my large bag. After the baggage carousel stopped, I knew it wasn’t a good sign. There were at least 5 other travelers missing their bags as well. We all proceeded to the lost baggage office and filled out the paperwork. Now it was a waiting game!

I headed to my hotel in Stockholm and anxiously checked their website for tracking lost luggage, but it was useless. No updates ever. Phone calls to the office were never returned. It was very frustrating. I was leaving for Copenhagen the following night so the bag would have to be forwarded. With no updates, I went to the airport early to chat with the local lost luggage office. The staff was horrible and provided no help. I watched many angry travelers ring their door bell demanding information and they walked away empty handed. After waiting for the next inbound flight from Berlin hoping for my bag, I proceeded empty handed for my flight to Copenhagen. 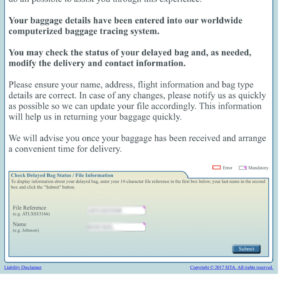 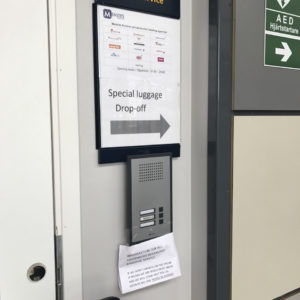 Air Berlin mentioned via Twitter I could purchase essentials so I decided to grab a few clothes and toiletries once I arrived in Copenhagen so I could survive. I saved all the receipts for reimbursement just as I do for my corporate expense reports. I finally received a call on my last night in Copenhagen from the local baggage office at CPH stating that they had my bag. It was the best news of the night! I was at dinner, but they mentioned they’d drop it off at my hotel. When I arrived to my hotel room the bag was there. Amazing! It took 80 hours for my bag to find me. 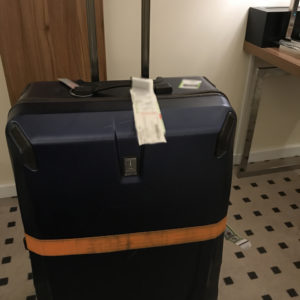 I filled out the reimbursement form online with Air Berlin while in the Cathay Pacific First Class Lounge @ LHR so I could get the USD 380 (Denmark is very expensive) back from what I spent on clothes and toiletries. They said the reimbursement check would arrive in 4 weeks. Perfect!

The update I received from Air Berlin:

“As you will certainly have heard, Air Berlin PLC & Co. Luftverkehrs KG (Air Berlin) has filed to commence insolvency proceedings under self-administration on August 15, 2017. According to our documentation, you have filed a claim with us that has not yet been finalized. Due to the requested insolvency proceedings, we are currently unable to attend to any demands that may arise from your claim. You may assert your claim after commencement of the insolvency proceedings within the legally determined proceedings. For this purpose, you will receive a form by mail unsolicited at a later time. This form will also include information regarding the further process sequence. We ask for your understanding that we are unable to make any further statements during the current proceedings or to process your claim at this time.”

I’m happy I received my bag even though I’m out USD 380. See my advice below based on this experience.

I checked in with plenty of time at SFO for a nonstop flight down to San Diego. My bag was tagged with Priority yet the bag never made the flight. I landed in San Diego and no sign of it on the carousel. The Virgin America representative asked if I was sure it wasn’t here and I mentioned the bag has a orange strap on it so I’d recognize it. I filled out the paperwork and she mentioned this happened with a flight earlier in the day. Someone in SFO was being lazy. She did ask if I had wine in my bag as that can hold things up, but I didn’t. The bag arrived on the last flight in, but the delivery company was closed so they delivered it the following morning. Much quicker than my Air Berlin experience, but still frustrating! After flying Virgin America for 10 years this was the first time I had my bag delayed.

-Be patient and wait for the call, there isn’t much you can do to expedite the process

-Utilize the Tumi Global Locator inside your checked bag. I tested LugLoc, but without real GPS data I found it very useless. LugLoc uses cell tower triangulation to provide the location which is not accurate. Tumi Global Locator uses GPS, GSM, WiFi and Bluetooth to accurately locate your bag.

Have you had a delayed or lost luggage experience? Comment below.