In January, I rented the Audi R8 from the SJC Airport location. This car is shared between SFO & SJC Hertz locations. I booked it in February 2013 and was able to get the reservation with unlimited miles for $405/day. The standard now is 75 miles plus $3 per mile after that. The car was a blast to drive! I’d highly recommend it. They do put a $5K hold on your credit card at the time of the rental but is returned upon returning the rental. Two government issued ID’s and 2 credit cards are required for the Dream Cars series.

We had 24 hours to drive as much as we could. We started the drive from San Jose and headed north to Napa. Driving on the interstates was fun but needed a nice mountain road to test out the capabilities of the car. We decided to take Hwy 128 from St. Helena to Santa Rosa. The drive was amazing and the handling was very precise. With the windows down the exhaust was loud at slow speeds and at fast accelerations. It was the first car that I had driven that turned many heads as it’s very rare to see an Audi R8. After venturing around the North Bay, we decided to cross the Golden Gate bridge. The city lights from the North Vista Point made an amazing shot with the car in it. Driving all day meant we slept well and woke up the following morning to drive the coast. We headed to Half Moon Bay and then proceeded down to Santa Cruz. Driving Hwy 17 was a blast but due to heavy traffic we were moving slowly. We made it back to SJC just in time to return the rental. In all, we drove it 358 miles. The current rental rates would have put the cost at $1,799.

Stay tuned for my upcoming ride report on the BMW M5. 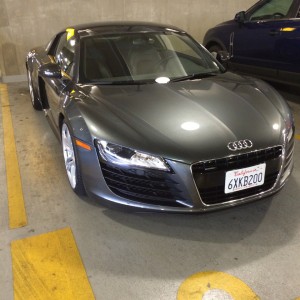 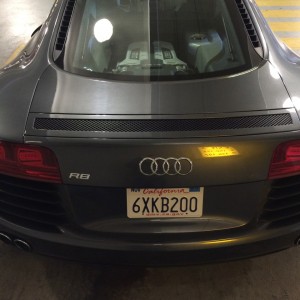 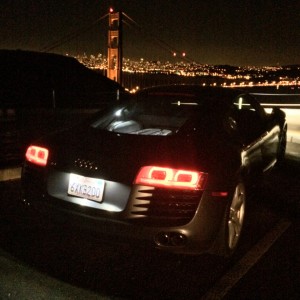 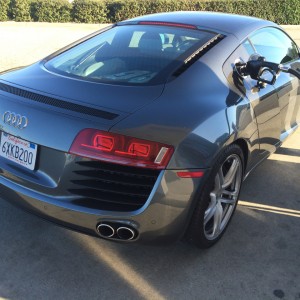 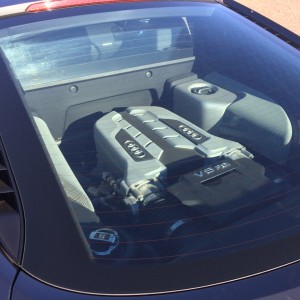 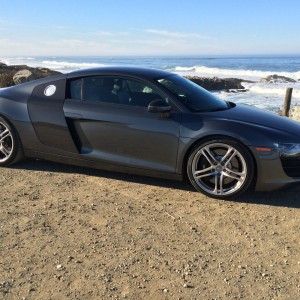